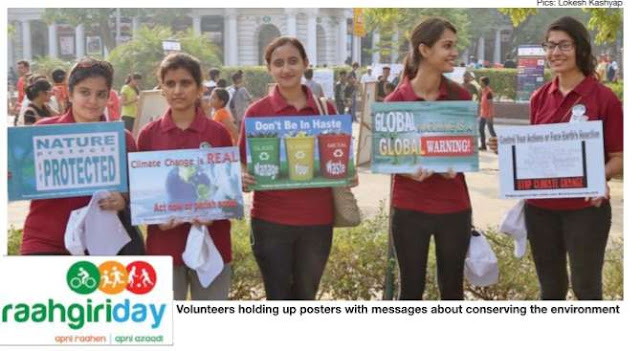 Raahgirs came together in large numbers
to support the green cause on World Environment Day .

ALL FOR A GOOD CAUSE
“The UN's global campaign this year ­ Wild For Life ­ aims at ending the illicit trade in wildlife. To support the cause, we at TRAFFIC (the wildlife trade monitoring network) along with WWF (World Wildlife Fund), WCCB (Wildlife Crime Control Bureau), PETA (People for the Ethical Treatment of Animals), UNDP (United Nations Development Programme) and other groups have organised this event. We chose Raahgiri because we wanted young minds to know about this issue,“ said Shekhar Kumar Niraj, head of TRAFFIC.
As part of the programme, children were asked to paint endangered animals on cloth, towels and t-shirts.“Our focus is to teach children about why animals are being killed. We're spreading awareness through paintings and short films,“ said Ruchi Pant, a representative of the UNDP . Secretary of the Ministry of Environment, Forests and Climate Change, Ajay Narayan Jha, also attended the event and pledged to conserve wildlife.
ANOTHER ENERGETIC MORNING
Even though saving the environment was the priority, Raahgiri, supported by the Times of India, still had its usual amount of dance and masti. The Bollywood workout by FITCO was what the crowd enjoyed the most. 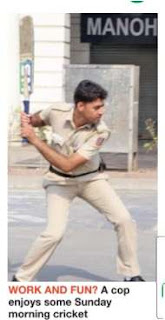 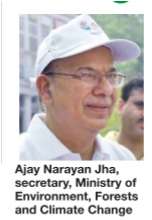 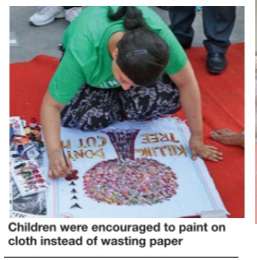 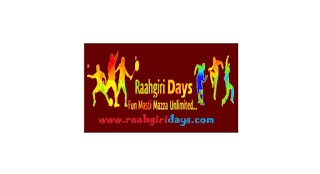