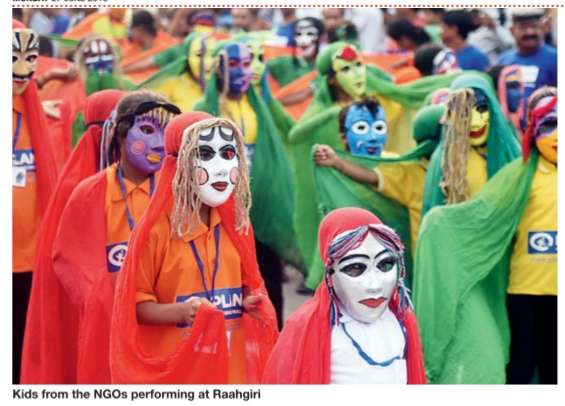 ﻿
﻿
SUMMER CAMP MASTI: This Sunday's edition of Raahgiri Day , supported by The Times of India, began with a Bollywood workout, and the group Tangents.DYP, had kids and dance instructors dancing on stage. Pooja Tahiliani, whose daughter was on stage, said, “It felt so good to see the kids on stage. This activity is a part of the summer camp programme that we had enrolled our daughter for . Performing at Raahgiri is a different kind of exposure.“SAY NO TO DRUNK DRIVING: Students from various DU colleges came together to spread awareness about drunk driving and the Community Against Drunken Driving (CADD) had students holding placards at Raahgiri.Vikram Choudhary , a student of Hindu College, said, “Since cases of drink and drive have increased, I thought it's important to do something like this. It's necessary for young sters to understand the issue.“
SA Y IT WITH THE ARTS: Around 500 kids from eight NGOs came together to spread aware ness about the problems faced by street kids through several performances, including dance performances. “It's a social arts intervention for behaviour change. It was part of a workshop aimed to build awareness and support to make Delhi, especially traffic signals, begging-free zones,“ said Natashja Rathore, a documentary filmmaker who works with the organization. 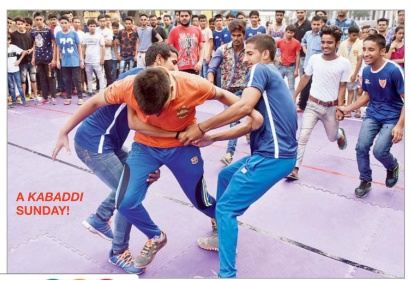