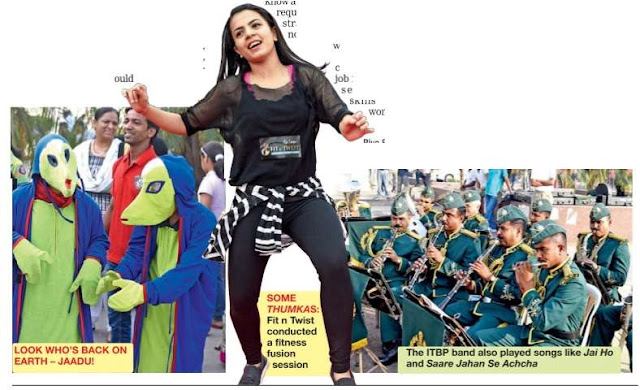 RAAHGIRI WITH A TWIST:


This Sunday's Raahgiri Day, which is supported by The Times of India, turned out to be an event about creating selfdefence awareness. The Indo Tibetan Border Police (ITBP) demonstrated many self-defence techniques for women. While the morning started with a band performance by Soul Unplugged, followed by an aerobics session by Bhangrabics group, the ITBP's girls stole the show.
BE YOUR OWN PROTECTOR:
Talking about the importance of learning self-defence, Kalpana Devi of the ITBP , who also won a bronze medal at the Glasgow Commonwealth Games in the under-52kg weight class, said, “It's about learning self-defence techniques, and today, I showed everyone the choking technique, which women should know about.“
THE FORCE:
Krishna Chaudhary, director general, ITBP, and Naresh Kumar, chairman, New Delhi Municipal Council (NDMC), were also present at Raahgiri. Chaudhary said, “For demonstrations like these, it becomes very difficult to understand what kind of force goes behind showing them. You just see someone punching and throwing someone in the air, but in reality, we don't get to know about the force and strength required to make these demon strations possible. We have now decided to collaborate with Delhi Police, who are doing a commendable job in imparting self-defence skills to women.“ 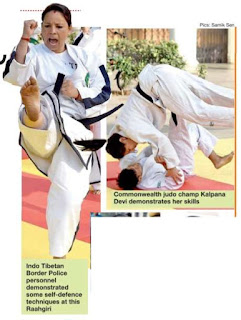 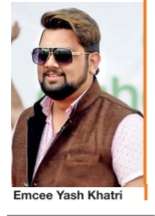