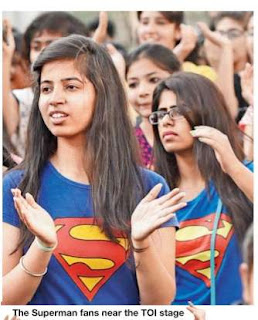 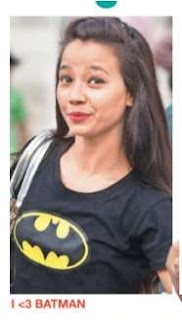 The rivalry between Batman and Superman has moved out of theaters and entered the realm of the real world! At this Sunday's edition of Raahgiri Day, supp orted by the Times of India, many Raahgirs were spotted in Batman and Superman t-shirts, caps and bracelets. “I am a big Batman fan and I loved him in the movie. So, I went and bought this t-shirt,“ said Toshiba, who was there with her friends.
TUNAK TUNAK TUN:
The day began with a performance by Anew Fitness Centre on Bollywood numbers and the crowd showed off their bhangra moves to songs like Tunak Tunak Tun, Daddy Ji Te Cash and Dil Le Gayi Kudi Gujarat Di. The Osa Drum Circle got on the TOI stage next and set the mood with their djembe and drum beats. “We are really excited about our performance. We are a group of 25 members, and the youngest is four years old,“ said Amitabh Rey, a member of the group. DJ Sid also spun some popular numbers like Main Tera Hero, Suraj Dooba Hai and Lean On.
MIDDLE CLASS MAN'S WOES:
Theatre enthusiasts also enjoyed a nukkad-nataak by members of Theatreleela, a city-based acting studio, which focused on the struggles of a middle class man. “We have representatives for the lower and upper classes, but nobody talks about the problems faced by middle-class families. The idea was to make people aware that 50% of our population belongs to the middle class and even then, our problems are ignored,“ said Varun, director of the play. 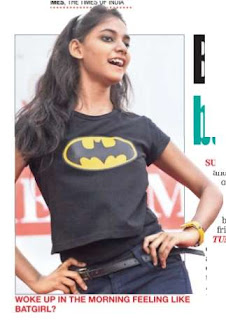 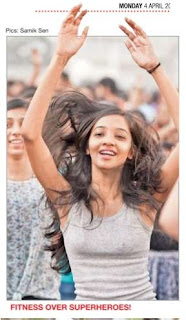 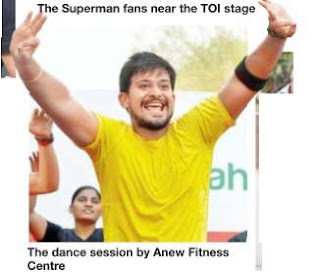 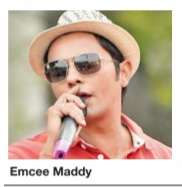 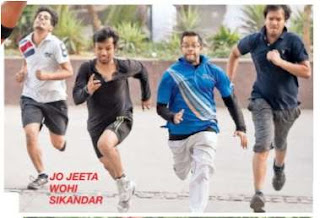 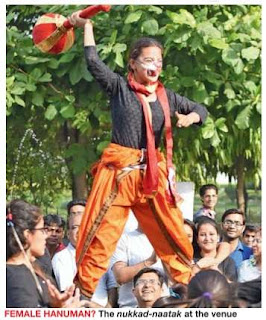