A LITTLE BIT OF EVERYTHING:

Delhi's love for theatre, dance, music and selfies
is unconditional. We have proof. Even though it was a sunny Sun day morning, residents of the capital took over CP yesterday and were seen having the time of their lives, in a fit and fun way. Supported by The Times of India, this edition of Raahgiri saw an array of street plays and band perform ances. Vishuddh and Insane Mortals gave Raahgirs a dose of early morning music, and the atre groups like Manzil and The Storytellers performed for them on gender crime. Raahgirs were seen dancing with their friends in front of the TOI stage and some stayed back to click selfies even after the event was over.

FROM PUNJAB TO DELHI:
Arnav, who lives in Vasant Vihar, said, “I have quit the gym multiple times because I am too lazy to go in the morning and too busy to go in the evening. But last night, my friend suggested that we go to Raahgiri and surprisingly , I agreed, and I'm loving it.“ Shubham Mahajan, a member of the theatre group Manzil, said, “We have come to Delhi from Punjab only for theatre. And we thought this event would be a great way to reach out to people in the capital. Delhi responds well to plays about gender.“ 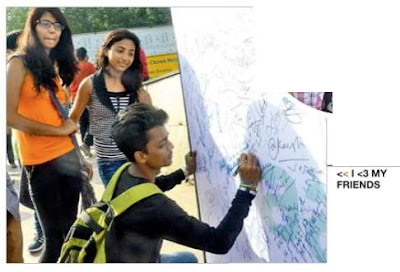 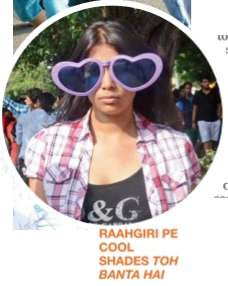