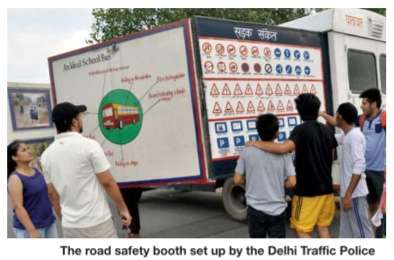 Dwarka's roads wore a fimli look during this Sunday's Raahgiri,
with the crowd grooving and trying out their thumkas. The first performance of this Raahgiri Day , supported by The Times of India, saw underprivileged kids show off their dance moves to Sun Saathiya and DJ Wale Babu Mera Gana Bajado on the TOI stage, in a performance organized by Sparsh Welfare Society .

RAP & KUMAR SANU:
The music at this week's Raahgiri was a blend of Bollywood hits, 90s' songs and some rap. The citybased band, Jaaltheband, performed some of Arijit Singh's latest hits and others like Teri Meri Kahaani, making the crowd sing along. Some Raahgirs also showed off their sur and taal on stage with one Raahgir, Ramesh, singing some Kumar Sanu hits, while another Raahgir, Lalit, rapped on stage.
ROAD SAFETY LESSONS:
Following the tradition of being fun while spreading awareness about issues, the Delhi Traffic Police set up a road safety booth, which also displayed pictures related to traffic rules. “We usually don't pay much attention to traffic rules but if the rules are explained in an interactive way , then everyone would pay attention,“ Snigdha, a college student said. 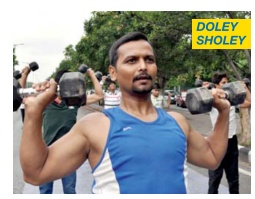 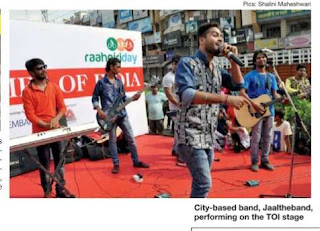