CP's Raahgiri path turns into cricket pitch on 17 may 2015

This edition of Raahgiri Day in CP , organised by Delhi Police and New Delhi Municipal Council (NDMC) along with Embarq India and supported by the Times of India, saw the gentleman's game getting back in the thick of things. Many youngsters were seen playing cricket throughout the Inner Circle, and true to their Dilliwaala jugaadu style, they used traffic cones as wickets! The upcoming knockout stage of the IPL seemed to have inspired Raahgirs to favour cricket as their Sunday workout. “India's World Cup ouster and IPL starting off immediately after that caused the decline in the pop ularity of the game. But this is India, hum kab tak cricket se door reh sakte hain?“ asked Ankush, an IT professional, who was playing cricket with his friends.
A PLETHORA OF ACTIVITIES:
The TOI stage once again became the centre of attention with the Social Exclusion Task Force (SETF) group organising a flash mob through which they wanted to spread the message of equality. A comic play titled Zindagi Muskurane Ka Naam Hai by Bhavya Cultural Society tickled the funny bones of Raahgirs. Much to the delight of young couples at Raahgiri, Rahul, the frontman of city-based band Jaal, sang romantic tracks like Jeena Jeena, Main Rang Sharbaton Ka, Teri De waani and Tumse Hi. 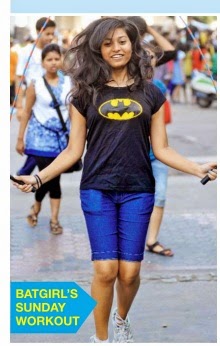 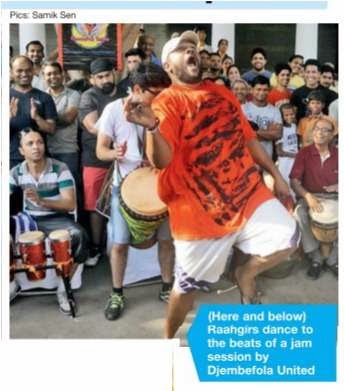 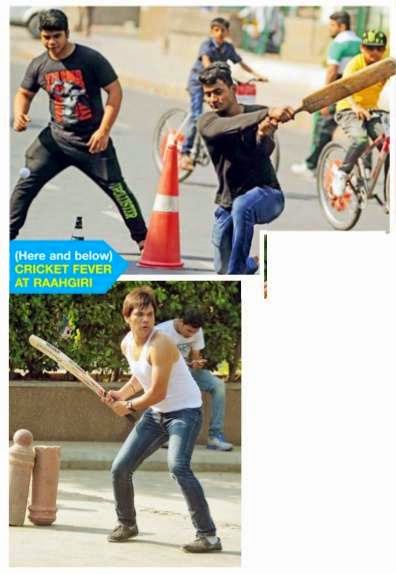 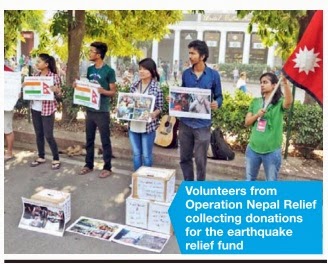